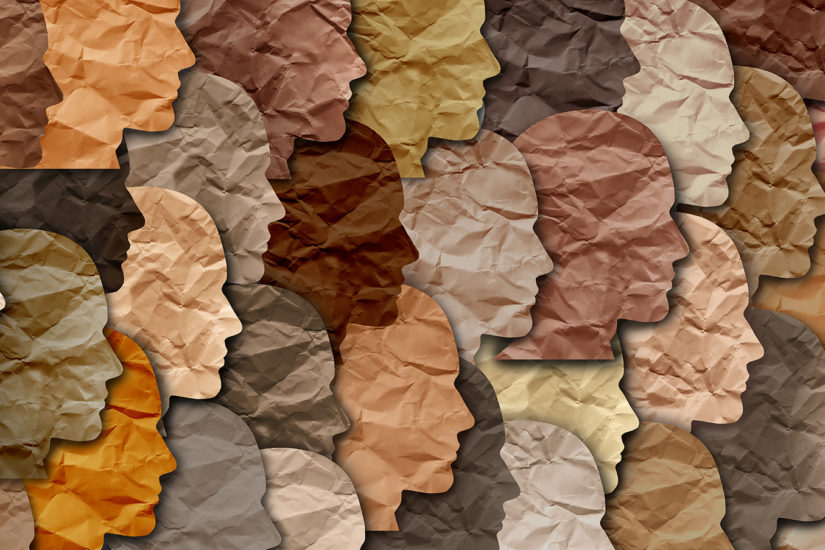 NATIONWIDE, FEWER THAN 5 PERCENT OF PRACTICING PHYSICAL THERAPISTS ARE BLACK. In California, that percentage is less than 3. As a result, it’s not uncommon for Black students to find they are the only ones in their physical therapy programs.

Creating the organization was an idea Sean Johnson DPT ’08 had been thinking about for more than a decade. After graduating from physical therapy school, he returned to USC to teach for six years.

At that time, I had the opportunity to serve as the faculty liaison to the Division’s physical therapy alumni association,” recalls Johnson, who is currently the major league physical therapist and assistance strength and conditioning coach for the Los Angeles Angels. “That board did a phenomenal job, but I recognized that none of the leaders within the association were Black. I was very young at the time and still growing as a leader.

Over the years, Johnson achieved tremendous success professionally and built up his leadership experience. But what truly inspired him to make his long-held plan a reality was a discussion prompted by the murders of Ahmaud Arbery and Breonna Taylor.

In June 2020, Associate Professor of Clinical Physical Therapy Didi Matthews ’99, DPT ’02 hosted a Division-wide town hall highlighting issues related to Black Americans in the United States. “As I’m on that call, I’m seeing Black students, Black faculty members and Black alumni, and it just hit me: ‘I have to do this, now’s the time,’” he says. The association aims to change the landscape for optimal equity and inclusion within the USC Trojan Family, physical therapy profession and community at large. It uplifts and empowers by providing CARE (community, advocacy, representation, equity).

According to Johnson, “We want to bring Black alumni together and strengthen our network; create a direct conduit between Black alumni and current USC students; provide community outreach, including pro bono services, workshops and education to undergraduate pre-physical therapy students or physical therapy students; facilitate the Division’s ability to create more opportunities for Black students to attend USC and make sure their needs are met while they’re at USC; and set an example for the profession.” In addition to being the change they want to see in the physical therapy profession, the alumni association will highlight the importance of representation for the client population.

Especially among the older Black community, there is sometimes a distrust in healthcare providers who don’t look like them,” explains Felicia Reels DPT ’05, the association’s community outreach and membership chair and currently the clinical liaison at the California Rehabilitation Institute. “That roots back to the Tuskegee Experiment and times when Black people didn’t get the same level of healthcare. It’s really important for patients to see there’s someone taking care of them who looks like them. It helps them have more confidence that they’re getting the appropriate care.”

While the association is still in its initial phase, Johnson says founding members are already receiving resounding support — from USC alumni, faculty and staff. Matthews, who was recently named Vice Chair for Diversity, Equity and Inclusion and serves as their faculty liaison has been especially instrumental. “She’s a huge contributor to and a huge component of our association,” Johnson says. “And she’s mentored an absolute ton of our Black alumni.”

For other members who stepped forward to help, getting involved with the alumni association was a way to fix past issues they encountered — and make sure they don’t happen to future students.

It was very important to me because I was the only African-American student in my class,” says Jari Haile DPT ’12, the association’s vice president, who is now working at Thrive Integrated Physical Therapy in New York. “And that can be a very lonely experience. I didn’t want students to feel that. I wanted them to feel like there was this network of alumni who are there for them. My driving factor was the student experience at USC.”

Due to the novel coronavirus, the organization’s outreach efforts will have to be conducted virtually for now. First up is a Zoom holiday mixer that will bring together committee chairs and board members. But future plans include setting up booths at community fairs and events such as the annual Taste of Soul.

“We’re looking at reaching out to underserved communities that may not be exposed to the field because, honestly, a lot of people don’t know exactly what a physical therapist does,” Reels says. “Our job is to go out and educate people about what we do — educating students in middle school and high school and bridging the gap between undergraduate colleges and the USC program.” Johnson’s short-term goal is to create opportunities for as many people as possible to be involved with and take ownership of the association. He’s done so by creating the board of directors and four committees: outreach and membership, mentorship, social media and fundraising.

“Now there’s this network and interconnectedness between the board and the committees in running and moving the association forward,” he says. “We also wanted to get students involved, so there’s a student board liaison position. Students will be participating in our board meetings and representing their student bodies.”

Looking further into the future, Johnson will measure the association’s long-term success by the impact it has on future generations. “I want our current members’ children who decide to become physical therapists to be the ones running this association 30 years from now,” he says. “If our current members’ children are leading the association and taking it to the next level, that means I was able to be a part of something that is successful, long lasting and gets stronger with each and every year.”

Meet the Board of Directors
President
Sean Johnson DPT ’08